Germantown is a city in Montgomery County, Maryland. The city has an estimated total population of 90,844 making it the third largest in the state. While Panda Programmer does not yet have a location in Germantown, we are conveniently located in the Kentlands neighborhood of Gaithersburg. Therefore our classes are convenient for their residents.  The Kentlands is just 5 minutes drive from the border of Germantown.

Germantown is home to a number of important technology and software companies.  Texas Instruments, Xerox, and Qiagen, as well as numerous other large corporations have locations in the city.

Germantown was founded in the early 1800’s by European immigrants.  However much of the area’s development did not take place until the mid-20th century. Sources day that the original plan for the city divided the area into a downtown and six different town villages.  Those villages included Gunners Lake Village and Middlebrook Village.  Kingsview, Churchill Village, Clopper’s Mill Village, and Neelsville Village were also in the original 6.

The Churchill Town Sector lies at the corner of MD 18 and Middlebrook Road.  It most closely resembles the downtown/center center of town.  That’s because of the location of the Upcounty Regional Services Center, the Public Library, the Black Rock Arts Center, the Regal Germantown cinema, and pedestrian shopping that features a variety of restaurants. Three exits to I-270 are less than a mile away.  And the MARC train is within walking distance.  As a result, commuting is easy. Also the Germantown Transit Center that provides Ride On shuttle service to the Shady Grove station of the Washington Metro‘s Red Line.

Several other cities where Panda Programmer teaches are nearby.  Rockville, Gaithersburg, and Bethesda are also in Montgomery county.  As a result they are easily reached and typically less than 30 minutes drive away. 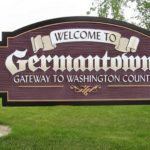